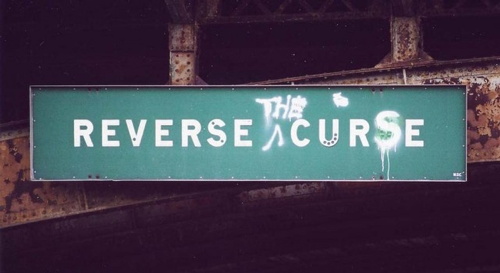 [This originally appeared as a guest post on Greenhorn Connect]

I was born and raised in the Boston area so the most recent dust up about Boston vs Silicon Valley has me comparing it to Beantown’s previous long-lived case of self-flagellation - The Curse of the Bambino.

For the Red Sox it was the trading of Babe Ruth, while for Boston web startups, it was the loss of Zuckerberg and Facebook to Palo Alto. That sin has cast loads of self-doubt on whether Boston can ever truly compete, often with those in the Boston tech scene being the most critical of its shortcomings. Like Red Sox Nation living under The Curse, those in the Boston startup community can often feel like losers despite being in the 2nd (or perhaps 3rd) best market to start a company. Compare this to the confidence of those from Boulder who have the Moneyball-era Athletics’ knowledge that they are punching above their weight for a city of 100,000.

The good news is that we’re no longer in our Mo Vaughn / Mike Greenwell era of frequent disappointments. During my five years around the Boston startup community I’ve seen things improve considerably to where I think we’re assembling our “2004” roster:

This is not to imply there aren’t real improvements to be made — there most definitely are — but the trend line is heading in the right direction, even if we lose a Nomar along the way. We’ll never change Boston’s weather and many will remain immune to the areas charms that include bright folks galore, (entrepreneur-friendly) health care reform, gay marriage and the nation’s best sports city. So let’s take a lesson from the “Idiots of 2004” to set aside all that baggage and get ready to play ball.

[1] Disclosure: both Dharmesh and Lee are investors in oneforty, the startup where I work.
[2] Yes, Ellsbury didn't join Pawtucket until 2007. It's just an (perhaps over-extended) analogy.