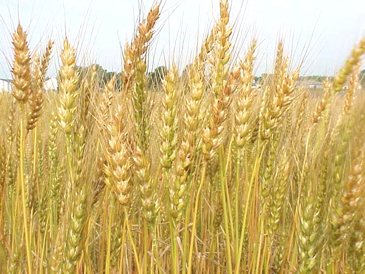 Twitter is increasingly being described as an “information network” rather than a social network or “fun-like-ice-cream” novelty. That seems accurate, but the challenge is that Twitter is currently designed like a social network. Even with its innovative asymmetrical following relationships what you follow on Twitter are accounts [1] not “interests”. As a result, it is difficult to consume information effectively and to tweet for disparate audiences. Adding capabilities for how Twitter surfaces the most interesting conversations would make it more valuable.

The primary problem in trying to follow “interests” on Twitter is that signal-to-noise ratio of following people is often low, which increases the amount of manual filtering needed to find the gems. Twitter has made strides in suggesting appropriate people to follow which has certainly helped the initial user experience (and is a problem I’ve been invested in), but it falls short.

A concrete example: I use Twitter to track developments in Ruby on Rails and so follow a lot of Rails hackers. While they certainly tweet about Rails, many have digressions about the TSA, where they ate dinner, sports teams they follow, etc. Sometimes that leads to serendipitous discoveries, but most often I just want to know the state of the art in Rails without the distractions.

Some argue that the follow cost is low and that you can always unfollow someone. While that is true at the margin I think it misses the fact that there is an opportunity to improve the situation in aggregate. Those low-value (to me) tweets compete for attention and crowd-out other more valuable content. Based on sample data of Twitter users the average engaged user follows around 400 people [2]. Attention is a scarce resource that should be designed for.

There are several partial solutions to this problem today:

The other side of the same problem is not being able to target your audience when tweeting. This affects how people tweet. That sounds trivial but is important as Twitter is a gatekeeper to millions of conversations. Some strategies are to “tweet like no one is watching” [4], have a “professional” account or focus on an aspect of their persona. This presentation on the “Real Life Social Network” describes better than I could problems with having flat, homogenous network without context. For a quick example, look at someone’s profile page and note the difference between their replies from their regular tweets.

A concrete example: I have a lot of interests – technology, startups, music, photography, Boston stuff, etc. – and a set of followers that are likely only interested in one or two topics, if at all. As I’ve had more smart people follow me I prefer not to bore them [5] with my random musings. So, I find I self-censor to manage my online identity in a way that I feel comfortable sharing with everyone from friends to investors.

There are gains to be made for the user experience and possibly for Twitter’s monetization to more directly allow users to follow interests. Twitter is not a social network like Facebook, which is a good thing. Twitter has an opportunity to be an information network that directs relevant news to the right people in real-time.

I think there are many ways to approach this challenge but here are a few ideas to make the interest graph natively part of streams:

[1] Of course accounts don't have to be people, they can be feeds, but you subscribe to all tweets from an account.
[2] Sample data from Twitter uses on oneforty. It excludes those who follow < 10 people to skip those who never engaged, and those who follow > 5000 people who are likely unable to read their stream.
[3] Proxlet is dangerously close to solving my "Rabois Problem", named for Keith Rabois. Keith is SF-based entrepreneur and angel investor who is at times very interesting, but he is also a Yankees fan. Being from Boston and a member of Red Sox Nation I'd like to scrub all pro-Yankees tweets from my stream (anti-Yankees tweets are encouraged). See also: Bijan Sabet
[4] For additional tips to become the most powerful Twitterer.
[5] This is likely all a reaction to having Chris Dixon briefly follow and then unfollow me.